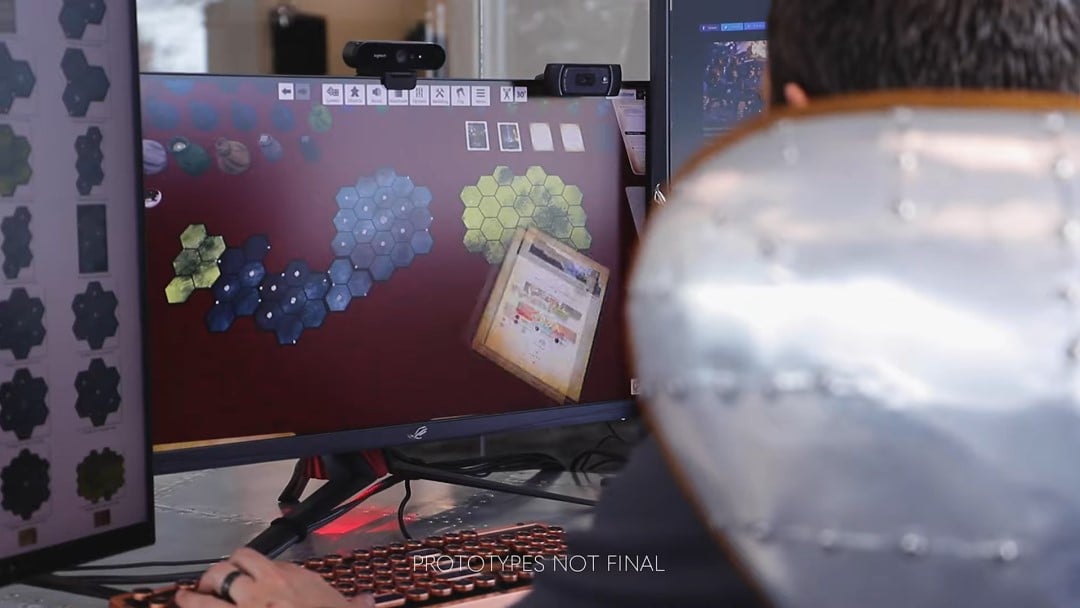 Back in May of last year, Chip Theory Games announced they were working on an official Elder Scrolls board game. Not to be confused with Modiphius’ licensed war miniatures game, Skyrim Call To Arms, Chip Theory’s experience draws from the broader world based on Bethesda Softworks’ beloved franchise of open-world RPGs. Now we have a few more crucial details about the board game itself.

In an official post on the official Elder Scrolls Online website, Chip Theory opened up about their Elder Scrolls board game. Officially titled The Elder Scrolls Betrayal of the Second Era, the game will be set during the chaotic second age of Tamriel. To this end, Chip Theory have consulted extensively with Bethesda Softworks and Zenimax Media over ensuring that their board game is a proper representation of the setting and is era appropriate. A part of this research is using the world map from Zenimax’s ongoing MMO, The Elder Scrolls Online, as a reference. To quote Chip Theory’s game designer Josh Carlson, “The Tamriel featured in ESO provides the core basis of the world players will inhabit in Betrayal of the Second Era. The guilds they join, many of the classes they’ll be able to spec into, and the locations they visit will all be informed by ESOeven as the board game takes its story in a new direction. ”

Carlson continued with story details about the Elder Scrolls board game with the following. “The game takes place specifically during the events of the Planemeld, as the Order of the Black Worm leader Mannimarco seeks to join Tamriel with Coldharbour. As players delve into brand-new quests and encounters, they will see the consequences of Mannimarco’s actions and discover new plot elements that happened behind the scenes of this earth-shattering event, allowing them to immerse themselves even deeper in Tamriel’s Second Era. “

As for additional details about how this Elder Scrolls board game will actually play, Carlson and his team were mum on details. The teaser trailer embedded in the post does state that the game is still in the early stages of development, but some details did slip through. Specifically, that it is a 1-4 player cooperative experience with an emphasis on character customization.

The Elder Scrolls Betrayal of the Second Era will be coming to crowdfunding platform Gamefound in Fall of 2022.