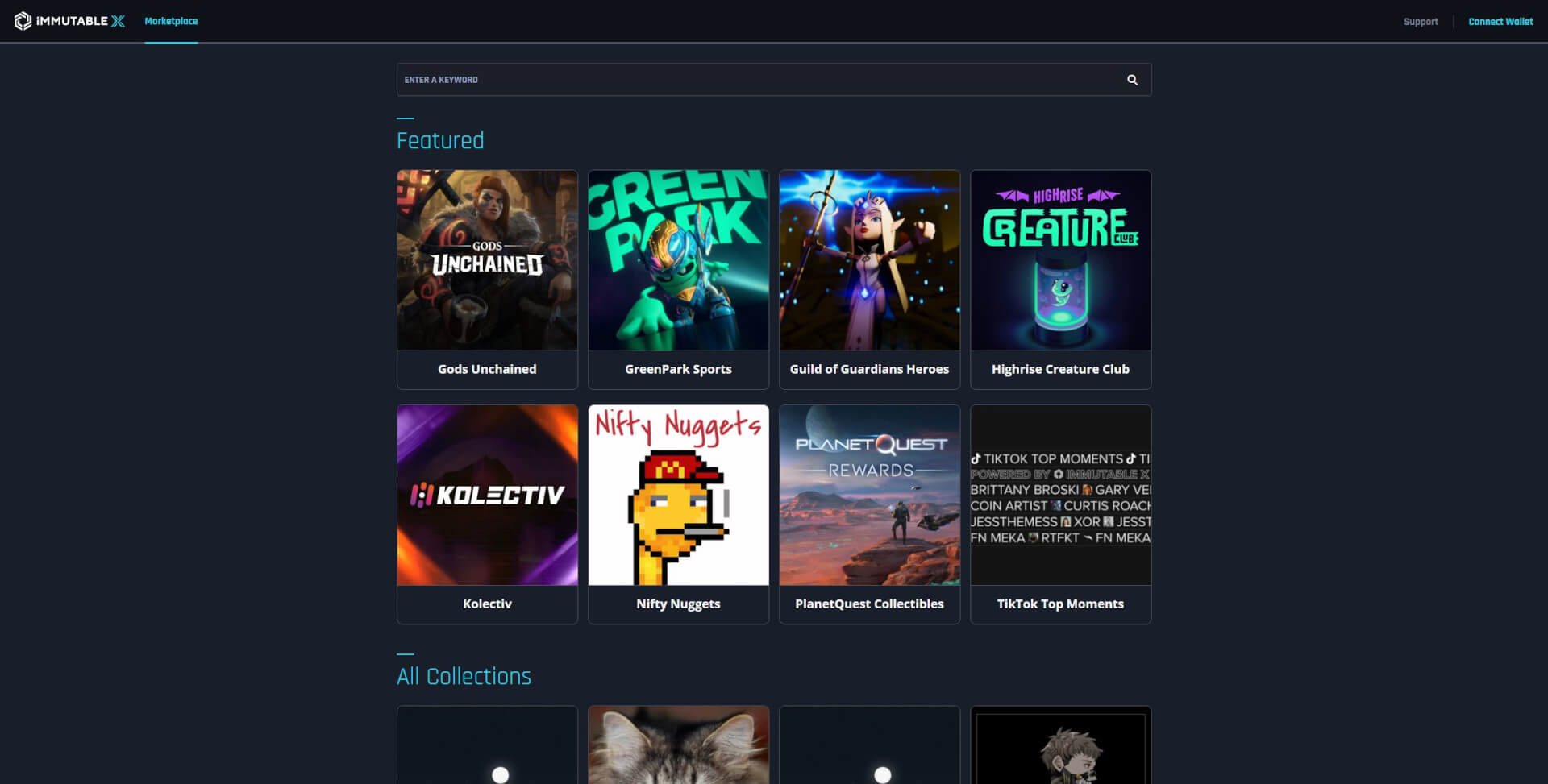 A GameStop NFT marketplace is in the works. The marketplace will come about through a partnership with NFT solutions provider Immutable, with the partnership also yielding a $ 100m fund available for NFT content and tech creators.

How will the GameStop NFT marketplace work?

After last year’s rather bizarre stock debacle, this new GameStop NFT initiative demonstrates the company is willing to take more risks despite a somewhat precarious financial situation. In a press release, GameStop says its NFT marketplace will be powered by Immutable’s Layer 2 blockchain tech and will be based on Immutable’s platform. In addition to this, GameStop says it expects to receive around $ 150 million worth of IMX tokens (Immutable’s proprietary tokens) “upon the achievement of certain milestones”.

For its part, Immutable says its platform is a solution to the key challenges facing the Ethereum blockchain, on which the Immutable platform is built. According to Immutable, its platform is carbon-neutral; the company says its blockchain activities require “radically [reduced]”computational power, and that any energy used is offset in order to achieve carbon neutrality. The company also says it’s managed to keep Ethereum gas costs down by using StarkEx proof technology, which, without wishing to dive too far into technical details, reduces gas fees necessary to make blockchain transactions.

Is now a good time for a GameStop NFT marketplace?

Although many industry figures and investors are excited by the financial potential of NFTs, the reaction from the public (as well as a number of gaming studios) has been decidedly more mixed. Recently, British publisher Team17 declared it would mint Worms NFTs, but a swift public backlash forced the company to back down from this decision. We’ve seen similar climbdowns from the developers of games like Stalker 2as well as the legendary voice actor Troy Baker, who recently declared he wouldn’t move ahead with a planned NFT partnership over fan complaints.

It’s worth saying that not all studios are climbing down, though. Netmarble recently declared that 70% of its upcoming output will use blockchain and metaverse techand major studios like Konami and Square Enix are also getting involved in NFT production with no sign of backing away from it. Given the financial volatility that’s still surrounding GameStop after last year, only time will tell whether or not now is a good time for a GameStop NFT marketplace. We’ve reached out to both GameStop and Immutable for more details about this partnership and will bring you more on this as soon as we get it.

How do you feel about the upcoming GameStop NFT marketplace? Let us know in the comments below!