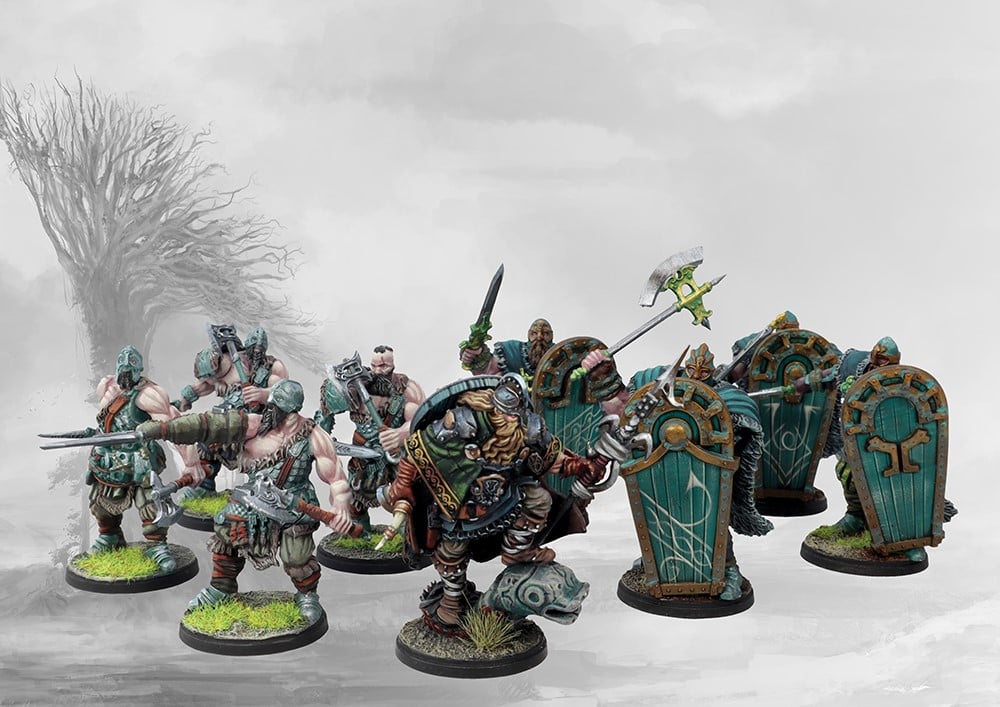 Recently, fans of fantasy tabletop miniatures games have become familiar with Conquest: The Last Argument of Kings. Para Bellum Games’ more regimented take on the game has helped it stand out from its contemporaries like Corvus Belli and Games Workshopthanks in no small part to their recent announced Starter Sets. Now, it seems the publisher is continuing to entice not just new players, but miniature collectors as well with Conquest Faction Tasters.

In an official press release Para Bellum Games went into further detail about the Conquest Faction Tasters. These are essentially sampler packs, small boxes containing a small handful of models (ranging from a minimum of 9 to a maximum of 13) from one of Conquest’s six army factions. In addition, the models appear to be a mix of different types of units, showcasing the variety of units on display.

However, it must be stated that these Conquest Faction Tasters are just the models. There are no rulebooks or terrain included. To quote the official statement, “We know that fans who see our models really like painting them. This is a great opportunity for hobbyists to start painting our models. And for gamers, this is a great way to add on to your armies, or replace models that have not always fared well in battle on tables. ” In other words, if you just want these figures by themselves for one reason or another, Para Bellum Games has you covered.

Furthermore, Para Bellum Games announced something else alongside the Conquest Faction Tasters: official lore spotlights. Starting this month and rotating every two weeks, Para Bellum will publish lore entries about the factions of Conquest as well as their fantasy world of Eä. The very first of these entries centers around the Old Dominion faction with the entry: The Kurschborough Expedition.

The Conquest Faction Tasters are available for purchase on Para Bellum’s website. They will ship in the first week of May.