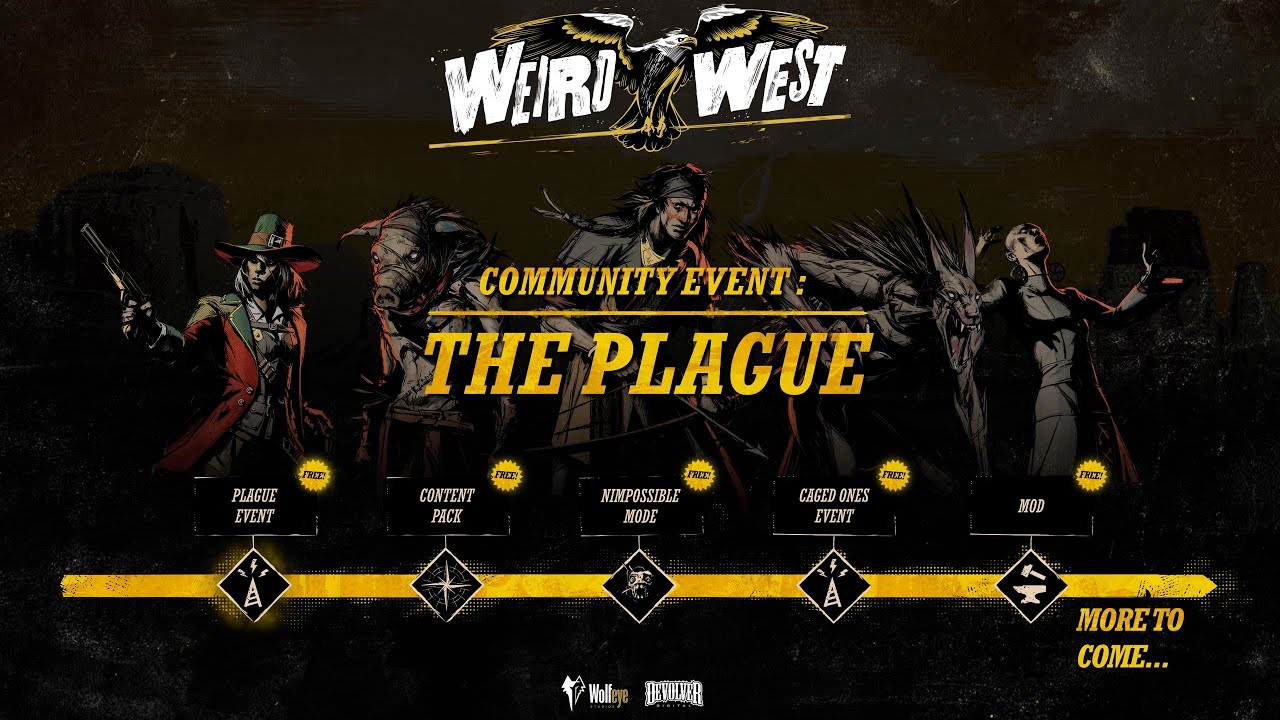 Weird West has done very well for itself since its launch on March 31, or just under two weeks ago. Over 400,000 players have picked up the game, which means there’s more than enough incentive to reveal the Weird West roadmap and the zombie apocalypse event that is live for a limited time. Players will be able to look forward to the Plague Event, a Content Pack, Nimpossible Mode, Caged Ones Event, and Mod, which I assume is modding tools.

Here’s a brief summary of what players can expect from the first event:

Reports are rolling in from across the Weird West of a plague of undead rising from their graves. Worse, a terrible sickness seems to follow in their wake.

The plague marks the first in a series of planned live events for the game that will soon grow to include new story events, encounters, expansions and Journeys.

Want to see the Weird West roadmap? Check it out below:

Players can also expect more to come, which is good news for those who have been immersed in the strange world of Weird West. The developers plan to work on the game for the “long run”, so expect many iterations on the title, whether they be bug fixes, improvements, added content, game modes, and more.

If you want to see what players have been suggesting to improve Weird West, there’s a suggestion board where players have suggested improvements such as players being able to switch between characters after completing the story and knocking out NPC’s in beds shouldn’t case other NPC’s to be alarmed. The last one is coming in patch 1.02, so if you have a sneak peak of what’s to come be sure to go here.

Want to see the first Weird West community event in action? Check out the trailer below:

For more information on Weird Westwesterns, and everything in between, stay tuned to TechRaptor.